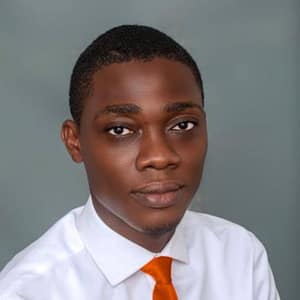 House of Tara International attended the Annual 2022 WIMBIZ (Women in Management, Business and Public Service (WIMBIZ), which was scheduled for November 3rd and 4th 2022. The event mode was open for physical and online attendees across the globe.

For this year, the theme was “Firing Forward: The Future in Focus”. It took place at the prestigious Eko Hotel & Suites, Lagos. The event revealed another notch of event streaming that catered to many online viewers from start to finish of the conference.

While speaking at the event, the Executive Director of WIMBIZ, Hansatu Adegbite, she expressed that since its foundation, WIMBIZ has established and maintained fruitful partnerships. As a result of the organization’s current period of administrative shift, WIMBIZ is currently running with a smaller structure.

House of Tara’s relationship with WIMBIZ has fostered greatly over the years as a sponsor of the annual conference, and yet again in this year, our presence left an imprint of glitz and glamour on the faces of every female attendee. This is a testament to one of the key pillars of the WIMBIZ, to always inspire women to achieve professional development and to accomplish entrepreneurial exploits, public sector initiatives and community development endeavours with great looks that tell the part.

Over the past two decades, WIMBIZ has produced significant, inspirational viewpoints on a variety of topics, including business, economics, politics, and gender-based factors. These remarkable avenues have made it easier for many women to start successful partnerships and advance their careers.

The speakers for this year include Award-winning author Chimamanda Ngozi Adichie, President/Founder of Salice Demuren Foundation and GTBank’s first female Chairman as well as the first female Director of the Central Bank of Nigeria, Osaretin Demuren and former President of the Nigerian Senate, HE (Dr) Abubakar Bukola Saraki, C.O.N, as well as Commissioner of the Lagos State Ministry of Women Affairs and Poverty Alleviation, Cecilia Bolaji Dada, and other noteworthy speakers.

Also, delegates engaged in other side attractions, like debate, deep dives, plenary sessions, and ended with an amazing after party.

MY MELANIN MY BEAUTIFUL – 2019 CAMPAIGN

We are committed to safeguarding the privacy of our website visitors and the security of your personal information while you browse this site.

Information that we collect may be stored and processed in and transferred between any of the countries in which we operate in order to enable us to use the information in accordance with this policy.